Thank you for your patience while we retrieve your images.

The Greyboy Allstars photographed at the Sinclair, Cambridge MA, April 4, 2013.

This collection has photos of saxophone/flautist Karl Denson, a famed solo artist in his own right, and master guitarist Elgin Park. My apologies to the rest of the band, I just didn't have any shots of you guys good enough to post. Next time.

The show was fantastic, a tour de force powerful performance of a crazy tight band at the peak of their powers. While the players are all top flight musicians in their own right, this unit is the archetype of what a band should be: a unit whose powers are even greater than the sum of it's parts, which says a lot in this case. Masterful.
© Mark Longo 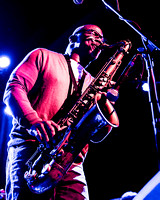 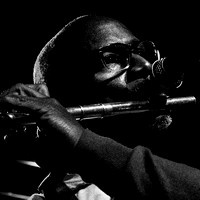 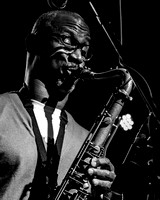 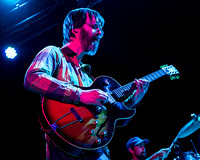